On October 31, 2004, CPO lost a true friend and one of our founding Board members, Art Herkenhoff. Art was a hero to many of us, not in the way our secular society looks at heroes, but a hero in all the areas that truly matter – in Faith, Family and Pro-life involvement. Art had enormous Courage in the face of opposition to proclaim the Truth of Jesus Christ and the Catholic Church, and he always exhibited true Charity, Humility and Joy!

Our Board of Directors is very pleased to announce that the Arthur A. Herkenhoff Award will be presented annually to a Catholic person who exhibits the same virtues, principles and qualities which characterized the life and person of Art Herkenhoff.

Throughout this past year we have received nominations for outstanding people, and it was a difficult task to choose one person. The CPO Board of Directors voted on the nominees and the 6th – 2010 Arthur A. Herkenhoff Award was presented to a remarkable woman, Joanne Whalen.

Joanne Whalen is the mother of 4 grown children and the proud grandmother of 2.  She is a member of St. Lawrence Catholic Church in Minneapolis, MN.

Joanne is the dedicated and hard-working Executive Director of the Life Care Center East in St. Paul.
God has blessed Joanne with the beautiful gift of music… she is the Music Director at St. Columba Church in St. Paul and she shares this gift as she plays at many other churches when needed for funerals or Masses. Joanne is often seen visiting and caring for the elderly residents at the Marian Center and Woodbury Healthcare Center.

The person who nominated Joanne had this to say: “I see in Joanne Whalen the exemplar of a soul whose great desire is to do the Will of God. She strives to do this in her role as Executive Director of the Life Care Center East where the effort to put love in the hearts of the distraught mothers demands that you yourself have an abundance of love in your own heart. This can only come from the fervent adherence and devotion to the Eucharist and Sacrament of Reconciliation which Joanne has. She would tell you that without her practice of daily Mass and frequent Confession the work at Life Care Center East would not be possible. Along with this she would also tell you that constant prayer and the prayers of others are needed to equip one to engage in the consummate battle for Life!”

Joanne Whalen received the 6th, 2010 Arthur A. Herkenhoff Award at the CPO annual Luncheon & Fund-raiser at the Town & Country Club, in St. Paul on October 23, 2010. 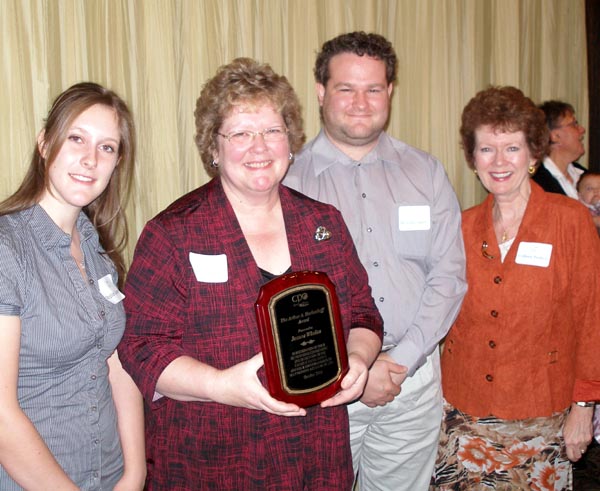 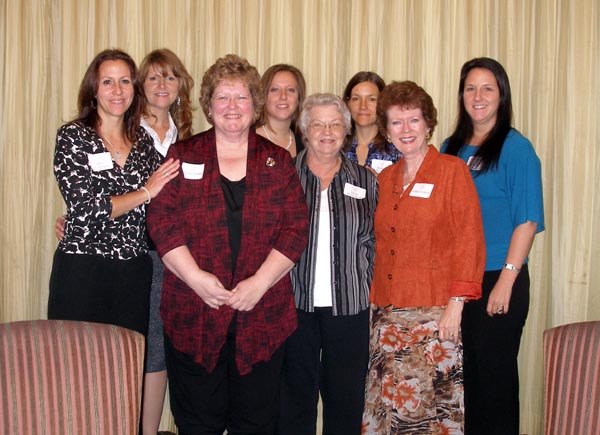